A complete introduction to the shell for novices and masters alike.

Mastery of the shell is what separates boys from men, in the memorable words of The Olde Unix Greybeard. This machudo test of computing proficiency has indeed stood the test of time – a kind of cultural hazing ritual for those who are in the know, as opposed to the namby-pamby who require a graphic interface with options spelled out for every possible task. As one who was struck early by the beauty and versatility of the Unix Shell, I cannot but be pleased by the recent proliferation of books on the subject, popularizing what was often seen as a subject hard to approach and difficult to master. It does certainly pacify my inner drill sergeant! 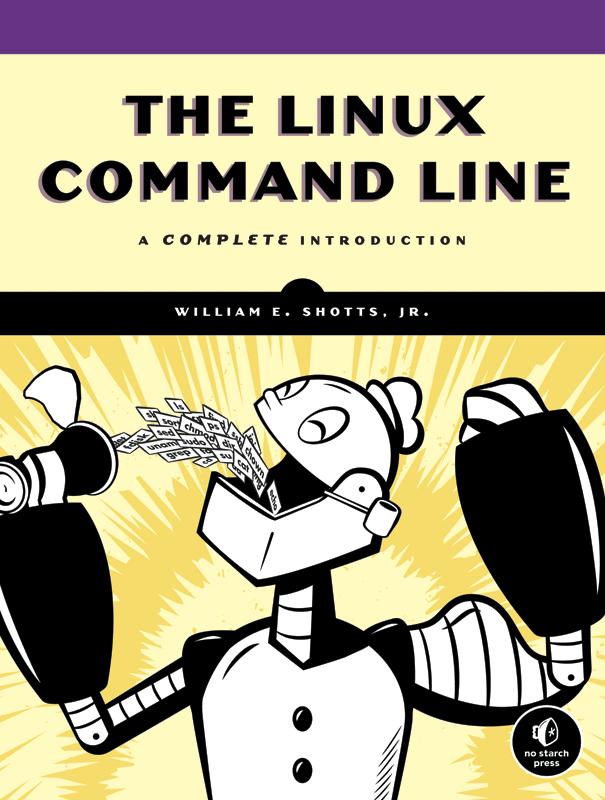 The Linux Command Line, By William E. Shotts Jr. (No Starch Press, US$ 39.95), is the most recent entry in a veritable pantheon of books dedicated to the subject of using and scripting the *nix shell interface, and to its credit, it is probably the most approachable tome on the subject that is still willing to cover all of its breadth and depth. My chosen terms of comparison for this new work are Arnold Robbins and Nelson H.F. Beebe’s Classic Shell Scripting (O’Reilly) – hands down the best resource on scripting the shell currently in print – and No Starch’s own How Linux Works, by Brian Ward. While spanning similar, overlapping material, these books approach the topic with a different spirit: Robbins and Beebe’s book is an unsurpassed masterpiece that focuses squarely on scripting, exhausting every detail, whereas Ward’s book, albeit closer and more similar to Shotts’ book, focuses on the system’s operation, not on the user’s terminal-mediated interaction with it. And therein lies a significant difference for readers new to the terminal as the only window into a computer’s functionality – the same difference that passes between understanding how a transmission works and being able to drive stick shift.

Unabashedly Bash centric, The Linux Command Line delivers a complete introduction to the shell that presupposes no knowledge whatsoever, providing an easily approachable learning path for those new to the subject but drilling deep enough to leave the reader quite proficient at the other end of the reading traverse. Unlike most other books on the shell, which tend to focus on the task of scripting the interface and not its interactive use, Shotts’ book is first and foremost about using a Linux system through its simplest, most effective interface, and only the latter quarter of the book is dedicated to scripting. Shotts will indeed go quite far in making sure the reader has all the details necessary to make use of the command line, often expanding on the structure and operation of the system to deliver a complete view of just what arguments that are passed to a shell command actually represent –an omnipresent sub-question many authors tend to forget to answer fully when covering the commands themselves.

Any new code hacker in the making will certainly want to take advantage of this well thought-out path to understanding the interface most computers were really meant to be used with, but even those who already dabble in the terminal stand to gain by reviewing the carefully assembled coverage the middle chapters deliver on subjects like input/output redirection, pipelines, variable expansion, and quoting – good sources of recurring “gotcha” moments for most users. The book does not limit itself to the mechanics of performing simple filesystem-based tasks, it dedicates space to examining how to perform, from the shell, more practical tasks like printing, text processing (it’s Vi for those of you worshipping in the church of Emacs, not that it matters in this case), compiling programs, and scheduling backups. The section on keyboard tricks is highly recommended to new and intermediate users alike: I was reminded of a few shortcuts I had forgotten.

The book closes with a complete introduction to shell scripting. Although, as mentioned, this is not the core of the book, it still spans more than 100 pages and is more than adequate for users receiving their induction into the world of the shell. Important advanced topics, like redirection and sub-shells, get their moment in the spotlight, and those destined to Shell Scripting mastery will receive all the tools necessary to make good use of the Linux Documentation Project’s Advanced Bash Scripting Guide or O’Reilly’s aforementioned tome as their next stop on the path to terminal enlightenment.

The Landscape Team is happy to announce the release of an update to Landscape Dedicated Server, the version of our Ubuntu Systems Management service deployed behind the firewall at customer sites. LDS 11.07.1 (11.07.20120217-2) aligns... Continue →